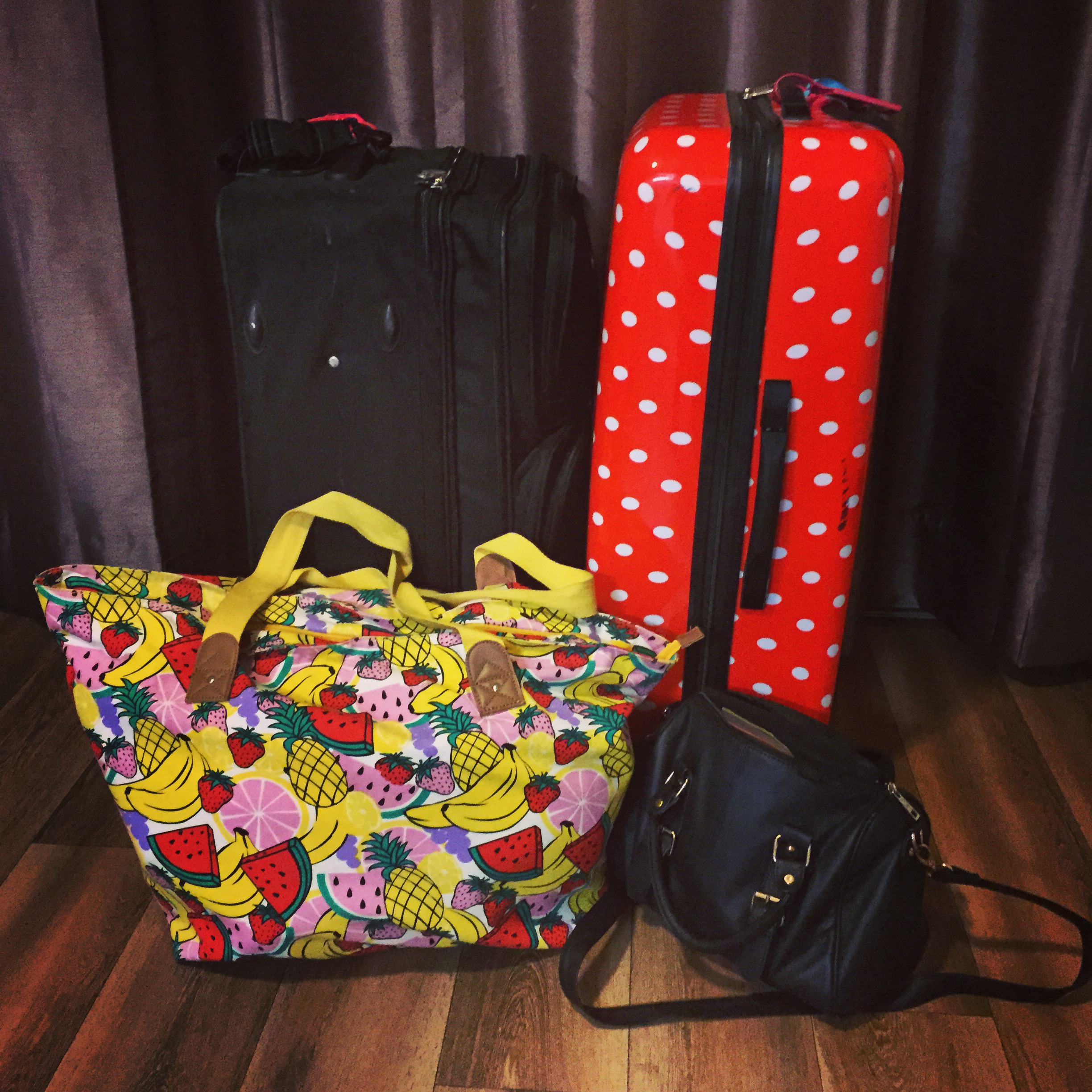 Today marks just ONE MORE DAY until I’ll be departing Australia en-route to Las Vegas to attend the biggest rockabilly weekender in the world and to say I’m excited is an understatement!

What I’m somewhat less excited about, is fitting all of my pretty outfits in my suitcases! David doesn’t know it just yet, but he’s likely going to need to share his baggage allowance with me a little. Guys only pack one t shirt and one pair of pants though right, so we should be sweet 😛

I’m one of those weird people who kind of LOVES organising and as such, I have been prepping a (rather lengthy) packing list over the past few weeks so I don’t miss anything important. Anything comes to mind and boom, pop it on the list and relax. I also read someone suggest in the VLV group that taking not only planning all of your outfits, but taking photos of them can be really handy. This amazing woman had also gone as far as actually putting them on AND also styling her hair the way she intended as well. This is the kind of organisation that really gets me going! Sadly, I just didn’t have time to photograph myself in all the outfits with my hair did as well! I did photograph my outfits with their shoes and accessories though as that means it’s less that my jet lagged brain needs to think about once I’ve touched down in Vegas! Also, who even needs an excuse to make a spreadsheet am I right?!

Speaking of which, I’m a big list writing kind of gal and regularly use the app Evernote so I have access to multiple digital lists at any one time and from various devices. It’s super handy and I’d totally recommend it if, like me, you get some sort of sick pleasure from organising anything. I pretty much AM Monica from friends, just an FYI!

In writing my whopping big list, I realised I want to bring far too much with me! I’ve also acquired far more outfits than I actually need or could physically wear over the span of four days which is pretty amusing! Trying to pick the ones I want to pack the most has certainly been difficult, though I could think of worse problems than too many clothes to choose from! I’m looking forward to chatting about the outfits I finally decide on after the event so stay tuned for that blog post-Viva!

But for now, I’ve got my suitcases at the ready and I’m about to work my way down the list and test the theory as to whether I can in fact pack everything but the kitchen sink for this trip 😛